Tea was first introduced to Great Britain in the 1600s and it didn't take long for the British to develop a strong taste for the drink. In the centuries since, the British tea culture has been going strong. Tea is now associated with the British lifestyle as it is enjoyed on a daily basis by people of all walks of life.

Ordinary tea drinking does not involve any formalities or fancy teaware. For everyday tea, the British simply boil water in an electric kettle and pour the water over a black tea bag in a mug. After the tea brews for a few minutes, the tea bag is removed. Fresh milk (never cream) is usually added as well as sugar, although many Brits take their tea with only milk and no sugar. Biscuits or cake may be eaten with tea. 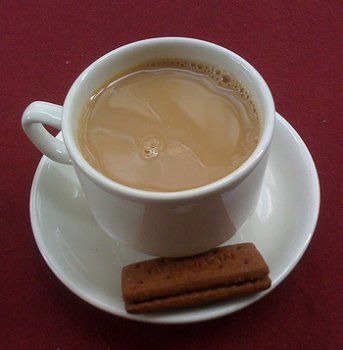 The British prefer various types of black tea, including those from India, Sri Lanka (Ceylon), China, and Africa. Black tea blends are popular, especially full-bodied blends with a strong flavor that can stand up to milk and go well with a big English breakfast.

The tea bag has become a popular and convenient way to enjoy tea in Great Britain. British brands like Twinings, Tetley, and Lipton are popular in the world tea market.

A "cuppa" is short for a "cup of tea." It is a popular saying in Britain tea culture, as in "It's time for a cuppa!" This term dates back to the early 1900s. 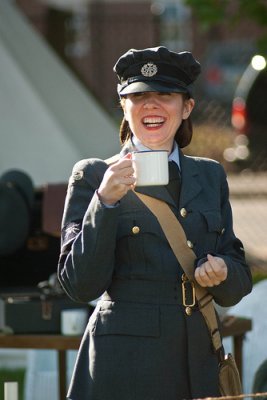 For a formal tea, as in a tea party or a proper afternoon tea, tea sets made of fine bone china, porcelain, or silver are used. The set includes a teapot, cups and saucers, a creamer for holding milk, and a sugar bowl, all carried on a tray. All the pieces of a proper English tea set will likely have a matching pattern. 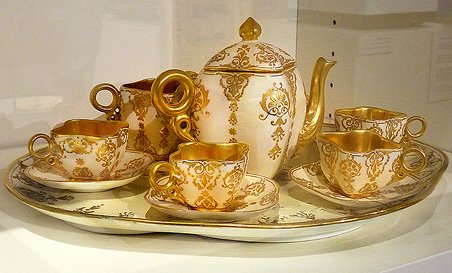 Cream tea in British tea culture refers to a pot of tea served with scones, clotted cream, and jam. It does not mean that cream is added to the tea. Traditionally, the jam is strawberry, the cream is thick and dense, and both are piled high on the scone. 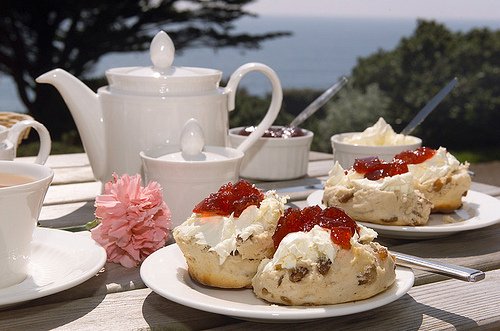 The customs of British tea culture have changed over time, but tea remains Britain's most popular beverage.

This refers to a snack consisting of tea or coffee and a finger food like biscuits or cake. It is taken mid-morning so the names refers to the time of day (11 am).

Afternoon tea is a snack or light meal served with tea in the late afternoon. It began among wealthy women in the 1800s, but the ritual of afternoon tea soon spread to hotels, tea rooms, and tea gardens across Great Britain. 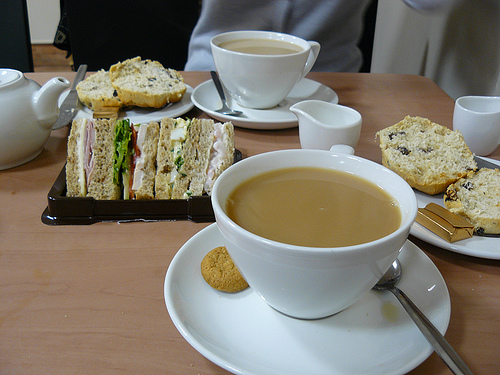 The food served typically includes small sandwiches and sweets. A formal afternoon tea, like those at hotels and elegant tea rooms, has fancy desserts presented on tiered stands. While most British do not have the luxury of enjoying a formal afternoon tea on a regular basis, it is common to take quick tea breaks during the work day.

In British tea culture, high tea refers to the evening meal and typically includes food like meat, bread, vegetables, and hot tea. Historically, high tea was a necessary meal for the working class while afternoon tea was a social event for the upper class.

In the mid-1700s, tea gardens became fashionable and tea was part of an afternoon or evening of entertainment. At these "garden parties," tea was served to accompany the dancing and socializing. This is also where the term "tea dance" came from.

Tea rooms (or tea shops) are places for relaxing, socializing, and enjoying an afternoon tea. Tea rooms originated as places for women to meet and mingle outside the home. Although tea rooms have given way to the more casual coffee houses and cafes in recent decades, they can still be found throughout the UK. 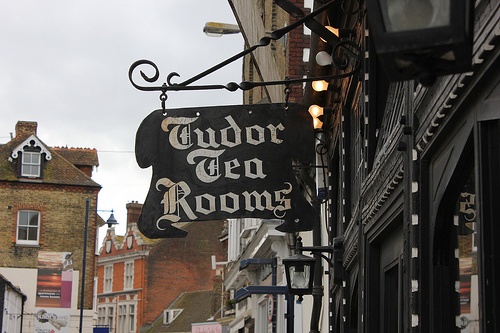 A Brief History of Tea in Britain

The British East India Company was formed in 1600 and monopolized trade between Britain and the Far East. At that point, tea had been introduced to Europe but was still an oddity in Great Britain. That changed when Charles II married Catherine of Braganza, a Portuguese princess who loved tea. Thanks to her, tea became the "in" drink among monarchs and the wealthy class.

British East India placed its first order for tea from China in 1664. Although it was originally a drink enjoyed only in privileged circles, it's popularity soon spread to the entire population. By 1750, millions of pounds of Chinese tea were imported annually.

In 1834, East India lost its monopoly on tea trade with China. Soon after, merchants began using fast clippers to speedily transport tea from China to Britain. The faster the tea could be transported, the more money could be made. In the mid-1800s, the British started importing tea from India as well, starting with Assam and then spreading to other regions and later Sri Lanka.

If you find British tea culture interesting, be sure to check out our other tea culture pages!