One snow-covered February morning I tried three different loose leaf English Breakfast teas. This is a blend known for being strong and robust. Perfect for a winter morning! Or any morning!

Two Established Brands and One New Kid on the Block:

Each brand of tea was brewed for 4 minutes with 8 oz. of nearly boiling water from my electric kettle. 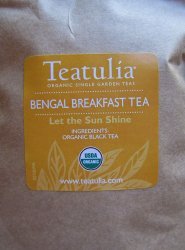 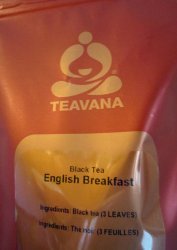 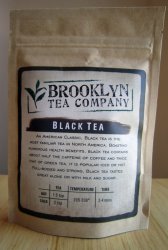 Teatulia's breakfast tea has gigantic leaves from the gardens of Bangladesh. Teavana's leaves are also good-sized, skinny, and have a slight greenish hue. Brooklyn Tea Company's mix has smaller leaf pieces of varying shapes, colors, and textures. I contacted the company and was informed that the blend contains Keemun, Assam, Ceylon, Nilgiri, and Darjeeling teas, as well as natural vanilla extract...basically a kaleidoscope of tea types.

While the Teatulia and Teavana versions have a subtle aroma, the scent of vanilla is definitely apparent in the BTC mix. 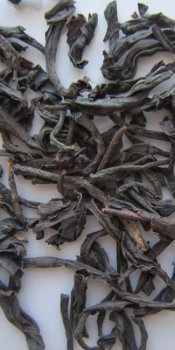 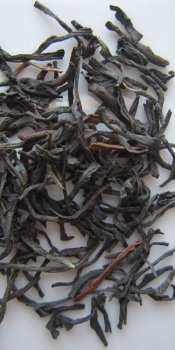 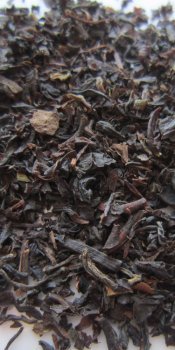 Strength and boldness is what we all expect in an English Breakfast tea, right?

It is no surprise that Brooklyn Tea Company's small particle size makes for a strong cup of tea and was the darkest of the three. Teatulia's also has a robust flavor. Teavana's tea is decidedly more subdued and lighter in both color and strength. 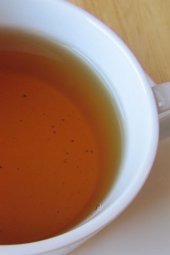 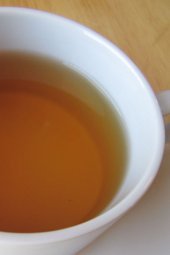 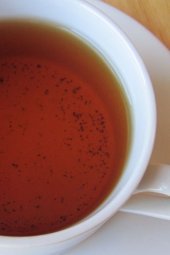 The Milk and Sugar Test

Given the way the British prefer to serve tea, a good English Breakfast tea should be strong enough to hold up to the addition of milk and sugar. In other words, the tea retains it's flavor and a good amount of color despite the additives.

Teatulia and Brooklyn Tea Company's teas did well. The Teavana tea, however, became watery and lacking in flavor. It was decent before adding milk, but appealed to me less afterward.

I tried and compared three different breakfast teas: two common brands and one that probably few have heard of. Teatulia and Brooklyn Tea Company's versions were dark, flavorful, and generally what I would hope for in an English Breakfast tea. Teavana's is a more delicate tea (which some may call weak). It would appeal to those who find a truly robust English breakfast hard to palate.

BTC's version breaks the mold with the added vanilla, which is perceptible in the aroma and adds sweetness to the tea flavor.

Disclosure: Review samples were provided by some of the companies mentioned above. No compensation was received for writing this review.

Have you tried one of these breakfast teas or do you prefer a different brand? Let us know your favorite English Breakfast tea by sharing your own review!