American tea culture is alive and well despite coffee being the nation's more popular beverage. Tea drinking is commonplace in homes, offices, and cafes around the country. Early European settlers brought the love of tea to America and now Americans consume over three billion gallons each year.

Everyday tea drinking in the United States is a simple affair. Americans on the whole prefer black tea, although green teas and herbal teas can be found as well.

Americans enjoy their tea cold. Iced tea could be considered the American tea culture's signature twist on the classic hot beverage. The chilled version is far more popular than hot tea in the states (by some accounts 85% of all tea consumed in the US!). 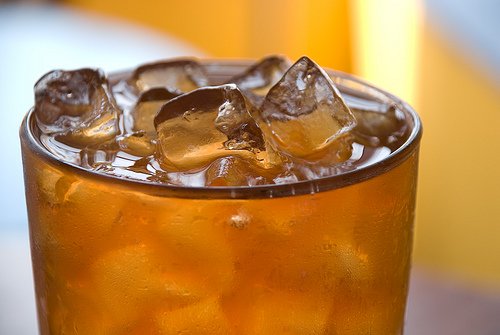 Making iced tea involves brewing hot tea (usually in large quantities to fill a whole pitcher) and then chilling it before drinking. The ingredients are the same as for hot tea: tea, water, and sugar (if desired). It can be garnished with lemon slices or fresh mint sprigs. The type of tea used to make iced tea is almost always black tea. Tea mixes can also be used.

The term "sweet tea" refers to sweetened iced tea and is most common in the American south. In the Southern United States, sweet tea is a staple at all kinds of gatherings, from picnics to weddings, and has become a symbol of Southern hospitality. It is served year round with lunch and dinner.

Hot tea is customarily a morning drink in the United States, although many consume it at other times of the day too. 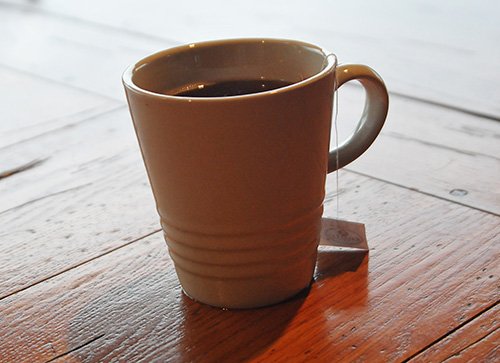 There is not a widespread preference for adding milk or sugar as you might find in Great Britain or Hong Kong. It is largely left to individual taste. Sugar and artificial sweeteners are common additives and milk is added to a lesser extent. Many drink it plain or with only lemon.

American tea-drinking is informal and unceremonious. Fancy tea drinks, specialty tea blends, and loose leaf teas are on the rise.

Although tea rooms and specialty tea shops do exist (and are currently increasing), you're more likely to find American tea lovers sipping their favorite beverage at the local cafe or coffee shop. 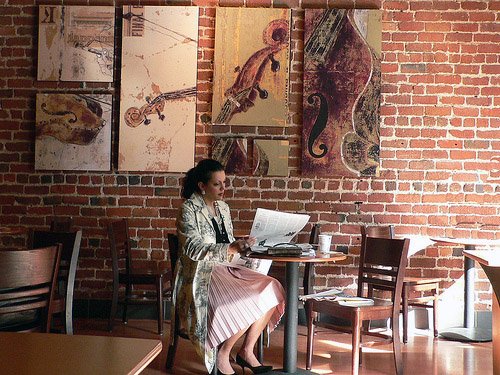 In the United States, coffee shops and cafes are quite common, where a beverage like tea or coffee is sipped while meeting with friends, taking a break, or getting some work done. Coffee shops have played a part in the evolving American tea culture with an ever-expanding list of tea options. Where cafes once served a simple cup of tea, they now offer gourmet tea options such as iced chai, tea lattes, and fruity tea blends. 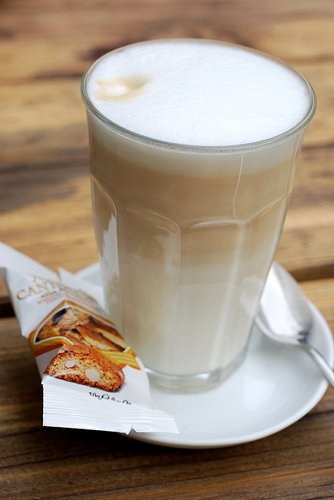 Coffee shops whip, blend, and freeze to keep their tea drinks interesting. Most Americans would consider these elaborate tea drinks "treats" and do not consume them on a regular basis.

The tea bag originated in the United States around the turn of the 20th century. It has become very popular in the US, Great Britain, and elsewhere due to the ease of use. 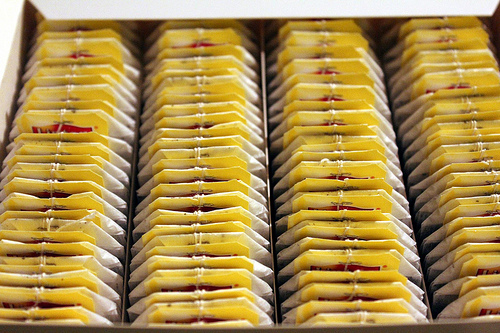 The tea bag allows for quickly and conveniently brewing a strong cup of tea, making it well-suited for the American lifestyle and a notable aspect of American tea culture.

Although less popular than using a tea bag, loose tea is still enjoyed by tea connoisseurs and serious tea drinkers. Loose tea takes more effort than tea bags, but is considered to be higher quality and have better flavor.

Specialty teas are gaining popularity in American tea culture, with many companies making their own signature blends. The possibilities seem to be endless as tea leaves are used as a base and then mixed with fruits, flowers, and spices to create fun and unique flavor combinations. 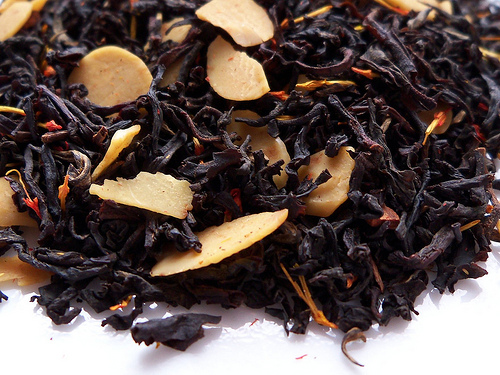 A Brief History of Tea in America

Tea was first introduced to America by Dutch settlers in the 1600s. The fondness for tea continued after the colonies came under British control. English tea drinking customs were adopted in cities like Boston and Philadelphia. The colonies traded with England to get their tea, which was heavily taxed by Parliament and monopolized by the British East India Company.

The colonists protested the monopoly on tea imports and the issue of "taxation without representation." On December 16, 1773, colonists raided three tea ships that had just arrived with black tea from China and threw more than 45 tons of tea overboard and into the Boston Harbor. This event, which came to be known as the Boston Tea Party, was a precursor to the American Revolution.

In the 1834, East India Company lost its monopoly and tea could be freely traded. Americans entered the world of tea trade with clipper ships (tea clippers). These sleek new ships brought tea from China more expeditiously than the British ships. The United States continues to be one of the largest importers of tea.

If you find American tea culture interesting, be sure to check out our other tea culture pages!